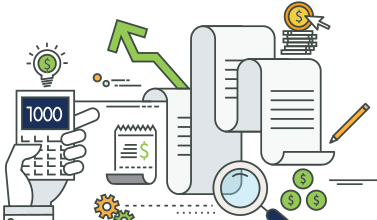 “Nina Olson has consistently made false and misleading claims about the IRS and its Private Debt Collection Program to advance her own political agenda,” said Kristin Walter, spokesperson for the Partnership for Tax Compliance, a non-profit coalition working to advance the facts about the IRS PDC Program. “Despite unchecked false criticisms, the PDC Program is growing into a successful public/private partnership that not only strengthens the effectiveness of the IRS and provides funding for federal programs benefitting millions of Americans, it also offers taxpayers voluntary and manageable solutions that allow them to achieve a zero tax balance with the IRS.”

The PDC Program was mandated by Congress in 2015 as part of bipartisan legislation, launched in April 2017 and has been slowly rolled-out over the first year. The program seeks to expand the customer service capacity of the IRS to offer a segment of taxpayers, those with uncontested tax underpayments, a variety of manageable and purely voluntary payment plans to help them pay down their tax obligations.

The IRS has taken a very cautious approach to rolling out the PDC Program to ensure adherence to IRS rules and procedure. The program began one year ago and is not yet working at full capacity, therefore initial revenue is low. As the IRS works to expand the PDC program over time, as expected by Congress, revenue will increase. The program requires that more than 50 percent of the funds collected go to the U.S. Treasury with another 25 percent of recoveries going to the IRS to expand their internal collection capabilities.

Additionally, like any new program in the public or private sector, there are upfront one-time costs for standing up a new program – as critics well know, but never acknowledge. In this case, technology, communications and training protocols have been built because, until now, the IRS did not have the infrastructure or capacity to collect these tax debts. The program will be fully cash positive in the third year, and over the next 10 years will deliver billions in recovered revenue for the U.S Treasury.

It’s also important to note that PDC contractors are subject to the same oversight as IRS agents. Contractor calls are monitored by the IRS and contractors are graded on implementation of taxpayer rights, customer service, statutory and contract requirements. Under a previous pilot program, the companies maintained extremely high quality levels (97 percent or above) for these requirements. During this first year of the PDC program, the Treasury Inspector General for Tax Administration has received no substantiated complaints of abuse from taxpayers.

The Taxpayer Advocate claims that the PDC program targets poor Americans, which is absolutely false. Congress has mandated that the IRS assign a particular segment of inactive underpayment accounts to PDC contractors.

The contractors do not receive any information about a taxpayer’s level of income and rely solely on volun­tary participation by the taxpayer. Taxpayers who cite financial hardship are immediately referred back to the IRS and removed from the PDC program.

Additionally, PDC contractors have proposed to Congress that the IRS screen accounts and remove any previously “means tested” taxpayers – which would prevent anyone on Social Security Disability, Social Security Supplemental or those participating in a veteran’s program from being entered into the PDC program.

PDC contractors also have absolutely no enforcement authority and abide by a stringent set of rules to ensure taxpayer privacy and protection. PDC contractors are limited to calling the taxpayer and offering a variety of voluntary payment agreements tailored to their ability to pay. If a taxpayer shares that they cannot pay the taxes owed, even over time via a custom payment plan, they are removed from the PDC program and their account is referred back to the IRS.

“The Taxpayer Advocate’s focus on taxpayer level of income over a single year is intentionally misleading,” said Walter. “Looking at income level from a single year creates an incomplete picture as many people have investment accounts, savings accounts, stocks, real estate, fluctuating annual income levels and other means that would certainly allow them to satisfy their tax obligations over time. The PDC Program provides taxpayers in arrears with a purely voluntary and manageable avenue with which to satisfy their tax obligations.”

The Taxpayer Advocate claims she’s concerned that taxpayers participating in the PDC Program frequently default on their payments due to financial hardship. There is absolutely no factual basis for such a concern nor any evidence she has provided other than speculation.  In all recovery programs, there are always people who fail to make payment regularly – which is exactly why the IRS is leveraging partners who can proactively reach out and provide support to help taxpayers stay on track and get to a zero balance. Taxpayers participating in the PDC Program also have the ability to restructure their payment plans along the way if their circumstances change.

While the IRS works toward full implementation of the PDC program, its private sector partners continue to fulfill their obligation to ensure that taxpayers are treated fairly. IRS contractors rely solely on volun­tary payment by the taxpayer. As a result, taxpayers with the means to do so are most likely to participate in the program, while those experiencing financial hardship are referred out of the program and back to the IRS.

Ultimately, as the federal government struggles to fund infrastructure improvements and sustain entitlement programs, the IRS estimates that the tax gap – the difference between federal taxes owed and those paid each year – exceeds $400 billion. In addition, workforce shortages at the IRS have caused millions of accounts in arrears to sit untouched for years, with billions lost as accounts age out of a 10-year statute of limitations. Resolving these resource issues and reducing a portion of the tax gap would provide the government with the resources to fund new and existing federal initiatives.

There are currently 14 million inactive underpayment accounts in arrears worth approximately $131 billion in federal tax revenue. Each year, $20 to 30 billion of that tax revenue is lost as a portion of accounts age out due to the collection statute of limitations. If this previously uncollectable tax revenue is brought in by PDC program payment plans, federal solvency improves and the IRS can afford to augment their own collection and recovery capabilities by adding much-needed internal staff.

“The IRS currently estimates the voluntary tax compliance rate at 82 percent, so a high level of voluntary tax compliance remains critical to ensure fairness in the tax system,” said Walter. “Those who don’t pay what they owe ultimately shift the tax burden to those who do meet their tax obligations, and legitimately owed taxes that remain uncollected prevent the federal government from effectively creating and sustaining programs that benefit millions of Americans each year.”

About the Partnership for Tax Compliance

The Partnership for Tax Compliance is a 501(c)6 non-profit organization that works to educate policymakers and taxpayers about the importance of the public/private partnerships that advance fair tax participation and bolster state and federal government treasuries by recovering tax underpayments. This new coalition aggregates and leverages the vast expertise of the private recovery companies that support the IRS PDC Program, including CBE Group, ConServe, Performant Recovery and Pioneer Credit Recovery. For more information, visit www.partnershipfortaxcompliance.org

PCAs receive an A grade on...

PCAs receive an A grade on both quality control and customer satisfaction Washington,...